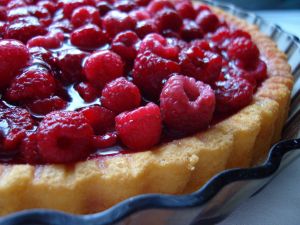 friday night my amazing & wise & passionate friend pam hogeweide was at the refuge for a really fun event centered on her book unladylike: resisting the injustice of inequality in the church. a listening party, it was a chance for women & men to share stories and process some of these tough issues of the oppression of women in the church.  it was an amazing night & stirred up all kinds of loveliness.  over the next few weeks i’ll try to write a few things that jumped out at me from what pam & others shared throughout the evening.  pam didn’t specifically share this content, but a comment someone offered made me think of it, so i’ll start with this:

it’s all about power.

patriarchy in the church, in the world, isn’t just about male-centered leadership in our church system. it’s about who’s got the power because in our human-brains-who-are-bent-on-making-it-all-make-sense, it must be clear.

and making it clear means that we have to make it finite.

we think of it as being a certain size.

we think of it like a pie, with only so many pieces to slice up.

we think that when someone gets more power, that means someone else has to get less.

some of that is true–when moving toward greater equality those with power will have to make some shifts to allow others to step into theirs.  but if we’re not careful, we will end up in the same place we were before, where power shifts to a new group of people and the others are silenced and feel resentment and hurt.

in the kingdom of God, there’s another possibility.

there’s this wild and beautiful and miraculous thing that can happen when we share it together.  it multiplies.   and multiplies.

on our little wacky refuge team, i have seen this in action.  the more we are all more fully present, alive, engaged in who we are–male, female, in all our strengths in all our weaknesses–the more free we are, the more alive we are, the more the kingdom of God is reflected in community together. it’s been hard over the years because of a misperception of power as pie.  if we live with the idea that there are only so many slices, then someone’s going to go hungry.

it doesn’t have to be that way.    we need to re-think power.  and respect that power diffusion doesn’t limit power but increases it.

and our ways have caused us to become controlling.

underneath control is fear.

systems of patriarchy are built on deeply grooved systems of fear and a belief that power is like pie, with only so much to go around.

Jesus came to break down these systems of fear & control & self-protection and liberate us all.

i completely understand that the world needs organizations where power must be limited, defined, and protected. that’s how it goes when there is work to be done and money to be made.

but the church should be different.

yes, we come with a bunch of different abilities and disabilities, and we are not all the same. it’s easy for us to say “it’s not possible”, that power issues are too complex and we’re in too deep to ever change it.  but i’m one of those nutty people who is crazy enough to believe it’s possible.

i am seeing what can happen when we stop seeing power as pie and start trusting God to multiply what we’ve got and feed us all. when we stop seeing only so many seats at the table and keep adding in leaves. when we create spaces for men & women, black & white, gay & straight, rich & poor, to live alongside each other with equal value. when we empower each other in any way we can, respecting that we can’t expect everyone to be “fully alive” at the same time but what we can do is fan whatever life we can into flame.

but in the kingdom of God, it’s much more like loaves and fishes, where all may eat and no one has to go hungry.