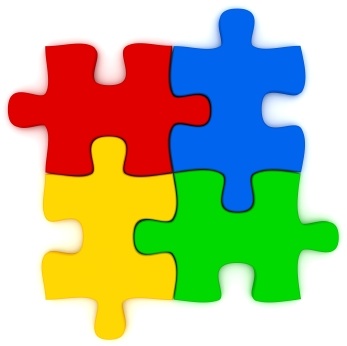 the refuge turns 6 years old this month!  it’s so hard to believe.  some days it seems like yesterday and other days it feels like decades ago. there are many things to celebrate about the past 6 years. i continue to learn more than i ever bargained for about God, life, love, friendship, and leadership. some days i still want to run for the hills, but i’m learning something here that i’m not sure i’d ever learn somewhere else.

for me, one of the most important and beautiful parts of life together here has been what it looks like for men & women to live, learn, love, and lead alongside each other as equals, as brothers and sisters and friends.  often, i am in situations where i realize how rare this really is.

i respect that there are definitely places for only women’s groups & only men’s groups. but there is so much we can’t learn when we are always segregated, relegated only to being above or below one another, or full of fear.

i wish more men and women would bravely dive into the deep end of learning how to live alongside each other as leaders, brothers & sisters, and friends.

there aren’t a lot of great models of people sharing power, learning to be friends, and deepening connection across sexes “in church.” one of the greatest gifts i received in the life of the refuge has been meeting other people who are practicing “alongside” in their lives, their ministries.  they are diffusing power, developing cross-gender friendships, and cultivating intentional community where men & women are really equals.  they are few but growing in number.  their example inspires and challenges me to push against all of the voices that say “it’s not possible” and continue to live out the dream despite the obstacles.

here’s what i keep learning about men and women “alongside “ each other:

“alongside” heals shame.  shame has tried to ruin me, and so many other people i know. inequality perpetuates shame for those “underneath” others.  having to step up and live equally as a leader forces me to reckon with my shame.  the first few years of the refuge i felt so bad about leading–and wanting to lead–because i had been taught i wasn’t supposed to. also, “alongside” has helped shame from my past.  being honest with safe women friends was a huge start, but even more healing came when my male friends knew my real story, too, and help me release it.  to heal, i need not only mothers & sisters but fathers & brothers, too.

“alongside” is a reflection of the kingdom.  Jesus said that the kingdom of God was possible now.  that we didn’t have to wait until heaven to experience God’s reality.  Jesus blasts hierarchical divides and cuts through the things that separate and divide. equality is freeing. as we step into side by side relationships, the kingdom is reflected in both sexes and we participate in Christ’s healing of the brokenness that Genesis 3 brought into the world.

“alongside” teaches us courage.  i always say “courage is doing hard things scared.” alongside as equals requires courage.  when my husband and i moved from a complementarian-ish relationship to an egalitarian one, it freaked both of us out.  we were scared because we knew how to do the way we had been doing it.  when my friend karl called me to co-lead pastor with him instead of be an associate, it freaked me out.  i knew in my heart it was the right thing but i was terrified to not have the fallback of him being in charge of me somehow, the only model i knew as an evangelical woman.  the first time my friend shared with me the reality of his sexual addiction, it freaked me out, that level of sharing. but i knew that moment was a holy one. i needed to be brave, to stay in, to listen, to learn.

“alongside” requires faith. i’m constantly reminded how much of my christian life has not been about faith (even though it sounded like it) but rather about control (as a way for managing fear).  segregation between sexes is a way of staying in control.  integration and learning how to be more whole alongside each other requires walking out in faith, traveling a path without clear instructions.  i recently heard someone say, “you’ll never stub your toe standing still.”  we only stub our toe when we’re moving somewhere, practicing, trying, walking. oh, how many times i’ve stubbed my toe over the past few years!  but each and every time i have learned something about God, myself, others. faith is never strengthened staying still.

so that’s what i’m learning these days in the deep end of the pool.  diving in was one of the best things i’ve ever done.

God, give us courage to live alongside each other equally as men & women, brothers & sisters, lovers, and friends.  we want to be a reflection of you.

ps: it’s not too late to register for a challenging & inspiring gathering centered on cross-gender friendships called when jesus met mary: a sacred friendship gathering. it’s friday and saturday, april 27th & 28th in chicago.  i am really looking forward to being part of this and meeting some of you in real life there, too!

pps: i’m on a bit of a blog-roll these days, writing more than i have in a while. i’ve learned in these moments the best thing is to go for it and stay current, otherwise the moment’s often gone.    tomorrow i’m finally sharing a post i’ve been meaning to with a bunch of good stuff to check out.  on monday i am really looking forward to a new post-easter series called “reconstruction after deconstruction”, 8 posts centered on the brutal but beautiful process of restoring faith after loss & shifts.