5 nonviolent ways we can help win the war against women 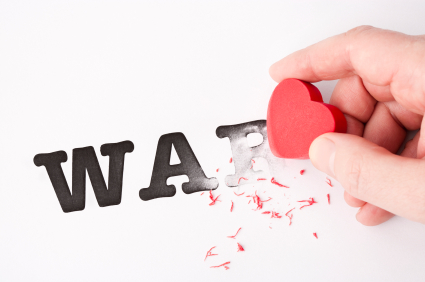 last week was a big week for me; after sending our oldest son back to college the week before, we took our daughter to start her freshman year in college in new york city, got our twins started in middle school, and sent our #3 off to florida for a football team adventure.  to top if it off, i officiated a dear & beautiful friend’s wedding and that’s not counting regular refuge nuttiness.  i’m tired but grateful. i miss my daughter terribly already, but i am excited for all that is ahead of her. she definitely makes me want to advocate even more strongly on behalf of change for women in this broken, weird world.

in the midst the whirlwind, i read the disturbing reports of senator akin’s remarks about “legitimate rape.”  honestly, i had to compartmentalize because i didn’t have the emotional margin to even give it a glance.

now the dust has settled and the feelings have swept in.  mainly, i’m disgusted.  not so much just about his comments; his are just one of many totally lame things that people in power actually believe.

the reason i’m most bummed is how these moments point to us as christians;  we have been such terrible examples of a better way.  seriously, we are known for our sexism, inequality, judgment, and exclusiveness instead of for our love.

Jesus is supposed to be about setting people free, not locking them up. loving people in their fullness, not slighting half of creation.

and we are supposed to be liberators, not oppressors.

we are called to be advocates, incarnations of God’s love & hope instead of examples of how-not-to-act.

we who follow Jesus should be the ones on the front-lines battling on behalf of women in the world and instead we are too often the ones metaphorically shooting them down & putting them in POW camps.

i don’t like the language of war or talking about fighting on our own strength.  but i do think we are supposed to follow Jesus’ lead and be people of justice and mercy–kind & clear & willing to pay a cost for what’s right.

here are some non-violent ways we can begin to win the war on women. these are not for men but for all of us:

1. empower a woman in any way you can.  promote her.  educate her.  ordain her.  ask her.  listen to her.  invite her.  encourage her.  use any influence you have on another women’s behalf.  i think of what mother teresa says–if you can’t feed 100 people, just feed one.  in the same vein, if you can’t empower 100 women, just empower one.   once empowered, women have exponential influence to change the course of their families, organizations, communities, the world.

2.  tangibly support a community agency that advocates for women.  while we are spending time picking apart Bible passages on whether a woman can teach or lead, these agencies are actively and passionately advocating for women–helping them get restraining orders against their abusive partners, assisting them in finding housing, providing counseling and support to empower them to claim their dignity, offering all kinds of other support for education and change.  their needs are great.  these soldiers on the front lines always need resources & volunteers & professional services & basic practical help for women.

3.  embody respect, dignity, and value of women.  i love what brennan manning says–if you want to know what a person believes, watch what they do.  men need to tangibly value women and women need to tangibly value women.  and others need to see this so they can be inspired, too.  this means not using, stereotyping, sexualizing, ignoring, dismissing, and disrespecting them, but with humility and love treating them for what they are–God’s valued and treasured creation. this is part of being salt & light.

4.  actively participate in shifting power structures.  in the workplace, in the church, in families, the best thing we can do on behalf of women is work to have them fully included in places of influence.  our government & corporations & structures-of-almost-every-place-of-power are clearly not reflective of the demographics of this world.  we each can play a part in changing that by actively inviting women to the table, voting them in, educating and equipping them, and sharing leadership with them.

5.  stop supporting churches (or organizations) that do not offer full equality for women.  yes, i have to say it.  the church is supposed to be the free-est place in town, one that empowers & heals & unleashes. we are called to bring the kingdom of heaven to earth, not perpetuate the imbalanced ways of the world.  i firmly believe in gandhi’s admonition–when we are silent, we stand on the side of the oppressor. i’m not trying to convince those who firmly believe in male headship; i’m talking to those who believe in equality & are tired of the ways women are second-class citizens in the church yet still give time & money & energy supporting systems that perpetuate this because it feels like there aren’t other options.  i know it’s scary & hard & often a big loss, but with enough “we’re-done-with-this”, new kinds will form over time that are inclusive and honor women’s full dignity and value properly. we’ve got to start voting with our feet.

i have no doubt that we can participate in shifting the tide of history & these deep oppressive grooves of patriarchy.  we can actively & earnestly pave a better way for our daughters & sons.  we can be empowered by the spirit of God to create something better without becoming ugly-and-mean-right-back.