10 tangible ways we can work toward equality in the church. 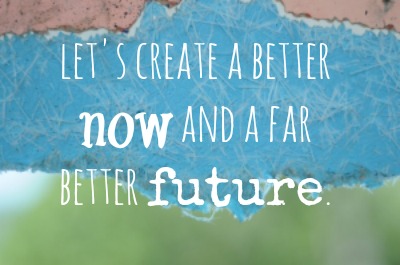 my dear friend & ministry partner recently attended a local leaders gathering and messaged me with a text that essentially said this:  “not one woman speaker, presenter, pray-er, anything-at-all-er. see, i am starting to notice it!”  i wrote him back, “yep, it’s real, and it sucks and thanks for noticing.”

also this week i heard about this post by ed stetzer about his fear of being alone with a woman who wasn’t his wife;  it made me feel so sick and sad, to think how these commandments are pervasive in so many of our churches.  the fear, the negative tilt against women, and the relational dysfunction is really disheartening in the place that is supposed to be the most free, loving, and secure–the body of Christ.

even though we’re making strides in terms of equality in the church, we still have a long, long way to go. power won’t go down easy. the deep grooves of patriarchy for generations upon generations won’t dissolve tomorrow.

but we can keep playing our part in turning things in a better direction. we can create a better now and a far better future. we can start balancing the power between men and women  in a way that is more reflective of the kingdom of God than what many of us have previously experienced.

a lot of times i have heard both male and female leaders express, “we want to, but we don’t know how.”

there are many others, but here are some off-the-top-of-my-head tangible and oh-so-possible ways we can work toward equality in the church:

1. start noticing! similar to the 12 steps of alcoholics anonymous, we have to break out of denial first. then we can start seeing things through a new lens.  don’t underestimate how inculturated we have been with male leadership and how “used to it” we have become. start counting and noticing the ratios of men to women in leadership, what voices you are hearing, and who is sitting around the table. it’s the first step.

2. begin to make new friends. for the most part, men are used to hanging out with men and women are used to hanging out with women in churches. it’s so important to mix this up and begin to forge friendships across genders so trust can be built and gifts can be discovered.  if you are a man, build new relational bridges at events and gatherings and meet other women leaders.   if you are a woman, do the same thing with men.

3. ask for help. admit that you’re stuck and don’t know how to do better at equality. ask for help from other women and men who you see practicing this. it’s okay to not know because some of this is all new, but it’s much better to ask for help than stay stuck.

4.  invite new leaders to the table.  when forming groups and teams, ask first “who else can we invite to join us to create a more balanced team?” if you don’t know, ask someone who does.  power shifts take a ton of intention., but it’s worth it in the end!

5. then, make room for their voices.  remember, only opening the door to the cage won’t cut it.  we will have to invite these voices to emerge from the cage.  ask for opinions.  “what do you think?”  “we want to hear from you….” go around the room and get everyone’s input instead of just letting the dominant voices control things.

6.  give the microphone away.  if you are in church leadership and influence sunday services, begin thinking about what new voices you can give the microphone to. microphones are powerful and we have got to begin to have more equal representation of voices. 50% of the population has  barely ever been heard in many churches.  it is always up to the person in power to multiply it and make way for underrepresented voices.

7. vote with your feet and money. one of the reasons so many churches get away with inequality is that people accept it as the status quo and don’t challenge it. i am not saying that churches that are deeply dedicated to patriarchy are going to change if you threaten leaving, but if you are sitting in a church committed to complementarian theology that you disagree with, be careful that your silence is perpetuating it.  be clear on your views and don’t support ministries that aren’t working toward a more healthy balance.

8. take the heat for change.  yes, it’s so possible that people will complain or question your theology or feel uncomfortable or even leave your church when you move toward greater equality. justice is costly, but we’ve got to have more brave men and women who stick to their guns and don’t buckle under pressure when they get push back from conservative power.

10. accept this as our responsibility together, not just men’s responsibility to make room for women.  we have to own this one together; yes, men have the most power and have to make room intentionally for women, but as women we also need to own our power and play our part in making room for other women, too.  i have seen a lot of powerful women make it far in leadership by playing by men’s rules and then not use their power to open doors or make room for other women. it’s freaky and sad and perpetuates the same old same old.

so there’s my friday ramble. what would you add?

here’s to working toward greater balance and a far-more-reflective-image-of-God-in-our-churches. we’ve got a long way to go, but i have great hope that change is possible if we keep translating these stirring into action.

have a great weekend!

ps: i meant to share last week that i had a post up at sheloves for may’s theme–flourish–called we won’t thrive alone.  also, i was part of pastor’s week at dan brennan’s blog centered on cross-gender friendship (all kinds of good stuff).  mine was friendship is spiritual formation.  really, the path to equality is paved with friendship.