10 reasons why i'm an advocate for women's liberation

yesterday was international women’s day.  and like usual, i’m always a little late to the party.  some people think i’m a broken record when it comes to women’s equality. i’m glad. i want to use my voice & hands & feet in any small ways i can to shift the tides of inequality & injustice that strip the dignity of women.

1. i think Jesus was.  every interaction Jesus had with women was to set them free and lift their burdens of bondage.  and he said we were supposed to be like him.  i don’t know why the church built on his name has done the exact opposite; it still baffles me.

2. women’s wisdom will make the world better.   it’s said that the same way of thinking  that got us into our problems can’t get us out.  it’s time for some new minds & hearts to get in the mix so that more creative, peaceful, collaborative solutions can be considered in our families, cities, churches, ministries, and organizations.

3. it’s good for men, too.  i don’t want things to shift to women on top & men beneath them, either.  i’m pro-equality.  our freedom is tied up together. when we learn how to be equals, alongside one another as partners, brothers & sisters, teammates, and friends, it reflects God’s image in all kinds of beautiful ways.

4.  the church should be the leader of restoring dignity and equality, instead of dragging along behind.  so i may not be able to change the whole big church but i can play my part in cultivating equality & freedom in our little one.

5. others need us to fight for their freedom.  many can’t fight.  we have liberties others don’t.  our freedom is all tangled up together.  if we stay stuck, others stay stuck. if we get free, we can participate in setting others free, too.

6.  i have to look in my daughter’s eyes.  i have a responsibility to do whatever i can to make sure she has every opportunity she deserves inside & outside of the church.  i can’t tolerate someone telling her she is less because of her gender.

7.  i have to look in my 4 son’s eyes.  they deserve equal partners who will show up, and participate in relationship instead of remain silenced and diminished.  they also deserve to be set free of the bondage of male stereotypes that limit and damage.

7.  yeah, the next generation needs us.  we can’t leave them hanging.  we have to keep paving the way, like the brave men & women before us, to make their path less & less bumpy.

8.  when we are silent, we stand on the side of the oppressor. it’s easier to play nice. it’s easier to follow the status quo.  it’s easier to stick with the crowd and keep supporting churches & the media & systems that strip dignity and freedom.  but when we do, we condone inequality and align with oppression.

9.  we must be the change we want to see.   i can’t sit around waiting for the church to change.  the kingdom isn’t going to drop out of the sky.  God uses people to change the world.

may we keep playing our part in liberation.

what about you?  what motivates you to keep advocating for freedom?

i’ve got a couple of posts up this week at other sites that are more of this same song: 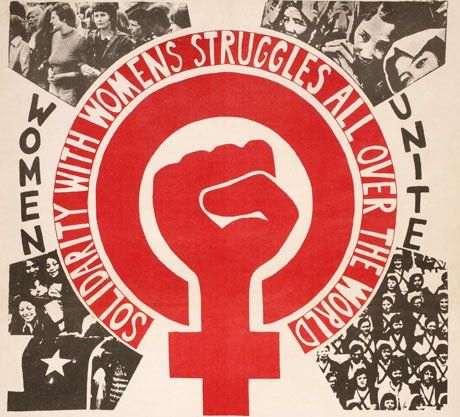