why the word "missional" bugs me. 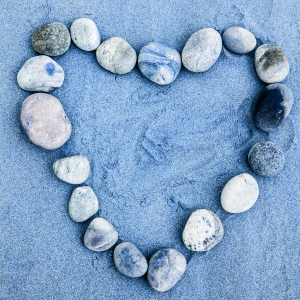 i know the word “missional” is popular in a lot of christian circles these days.  it has gained traction as churches are attempting to become more outwardly focused.  now, there are all kinds of groups, networks, ministry initiatives, new book lines, and other programs dedicated to challenging the church to become more “missional.”

even though i’m glad the winds are shifting in this direction, i’m still not crazy about the word.  the truth is, i’ve never liked it, even though i use it in certain wider contexts.  in fact, a few months ago i was facilitating a learning group around down we go, sharing why i don’t like the word “missional”.  as i was talking, i turned the book over and right there in big bold letters on the back cover it said “creating missional community.”

yes, i’m well aware i am a hypocrite sometimes!  it was definitely ironic, but we had a good laugh over it.

i get that it’s a word that makes sense to a lot of people, and language helps us.  but just because i use it sometimes as part of shared context doesn’t mean i have to like it!

a few weeks ago we had a youth “mission” team come from indiana to serve and learn at the refuge (i would have preferred the word “learning team” because that was a better descriptor).  regardless of semantics, their eyes were opened to pain & poverty in the suburbs; it was a very interesting and good week.  my favorite part was an evening we facilitated a justice panel, where 4 friends from the refuge shared their stories about mental illness, addiction, poverty, loneliness, low self-worth, divorce, and a whole host of other real issues they face.  they knocked it out of the park describing what life was like and sharing what they are learning through loving community.

it was so beautiful.  holy.  powerful.  redeeming.

they articulated in such clear beautiful ways that God reveals himself through others, how Jesus-with-skin-on has made a difference.

their stories reminded me why i am not crazy about the the word “missional”.

here are some reasons why:

so those are a few of the reasons off the top of my head why the word kind of bugs me.

i realize it’s not really fair to critique an alternative.  i do sometimes use “incarnational” instead because it really is about Jesus-with-skin-on.  however, similar to “missional”, it only makes sense in the inner-circles of christianity.

the more i reflect on the wisdom shared on the panel and what i keep learning in the muck and mire of life connected to the refuge, the word that best describes this crazy beautiful path God calls us to is also the simplest one–love.

isn’t love what we’re supposed to be known for?

isn’t love what Jesus embodied and empowers us to reflect?

i wonder if maybe love is the scariest thing of all.

mission, that’s in our control.

i don’t think a lot of people are sitting around waiting to be someone’s “mission”.

but i do think there are a lot of people hoping to be loved & love others, to have friends and be a friend, to be connected to a little pocket of love that could bring hope & life & dignity & joy & peace in all kinds of wild and mysterious ways.

yeah, i like the word love instead of mission.