what prophets, justice advocates & abuse survivors have in common 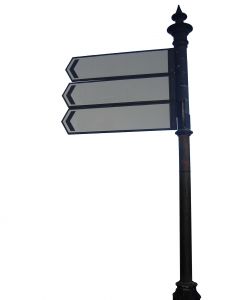 one thing i’m more convinced of than ever is that on the whole people don’t like to hear criticism.  we don’t like pain or raw honesty.  we don’t like it when people say things that make us uncomfortable.  we really don’t like the status quo disturbed.  even if it’s messed up & broken, at least it’s predictable and comfortable and we know what to expect.

please know i’m definitely not only pointing fingers at those who like the status quo; i struggle with many of the same feelings, and it has got me thinking about so many wider conversations about change in the church, the world, our own lives.

while i was walking the other day, i had a random thought that there are some common themes between prophets, justice advocates & abuse survivors.

i definitely know a lot of amazing, wise, beautiful, brave people who somehow fall into these 3 groups:

the circumstances between these 3 kinds of people may be different, but there are similarities between them, too.

here are some off the top of my head:

1. what they say is often minimized, ignored, and dismissed.  when a prophet calls out brokenness in the church, they are quickly labeled divisive, angry, or bitter.  when a justice advocate speaks about injustices they observe, they are often told “you need to focus on oneness in Christ” or “it’s not that bad” or “at least we’re doing x or y.”  when an abuse survivor speaks out and tells the truth, they are often told “well it could have been worse” and “you need to forgive and move on.”

2. they feel tired (and sometimes ashamed) and often want to give up.  it gets old–speaking out, raising awareness, telling hard stories.  prophets, justice advocates & abuse victims wonder “does it even matter?” “why do i have to be the one?” “why can’t i just be satisfied and happy with the way things are like everyone else?” i think of prophet elijah in 1 kings 19, hiding in a cave, worn out and wanting to die.  almost every prophet, justice advocate or abuse-survivor-who-speaks-out has been in that spot–more than once–wishing they could just shut up but somehow knowing they can’t.

3. their own people turn against them (and that usually hurts the worst).   we have the best example of this in Jesus, the biggest stir-the-pot-and-turn-the-world-upside-down prophet of all time.  his people literally crucified him, but many prophets, justice advocates & abuse survivors have been hung out to dry in other ways.  the prophetic men & women i know are usually labeled, cast-out, or deemed crazy by the groups they were once part of for their challenging words.  many justice advocates, especially those who come from a christian background, have had to find their way outside the systems they started in.  abuse victims who are finally honest about what happened to them in families & workplaces & churches are usually rejected, fired, silenced out, or asked to leave. unhealthy systems rarely tolerate others getting healthy.

4. they long for support & encouragement & to feel-less-alone.   oh, what a gift it is to even have a couple of people who stand alongside people in any of these three groups!  prophets desperately need people who say “i hear you and i will support you when others try to ruin you.” justice advocates long for others who come alongside with “i am with you and want to help strengthen & sustain you for the work you are doing.”  and abuse survivors need safe friends who remind them, “i believe you.  don’t give up on this healing path.  keep telling your story and finding freedom.”

5. they are compelled.  it’s a stirring from God somehow and can’t be dismissed no matter how hard they might try to shake it, run from it, or find a way around it.

as i think through these 5 things i am reminded that, like me, most of you who read this blog probably fall into one or all these 3 categories.  maybe that’s why i love you so much!

thank you for your courage to call us to something more, to stand on behalf of the poor & marginalized, and to tell your painful stories of abuse and find freedom.

you may be dismissed, ignored, tired, rejected, and often feel alone, but i do know this:

God is working through you and in you.  through us and in us.  with us and despite us.

so keep the faith.  keep singing your song.  keep stirring the pot.  keep bravely and honestly saying what needs to be said.

ps:  i’ve got a post up today at sheloves magazine called don’t go back to sleep.  i originally wrote this 5 years ago and it was so fun revisiting it & reworking it & remembering how important it is to stay awake!

it also actually fits perfectly into another thing i wanted to let you all know about  this fall that you or someone you know might be interested in.  my wise & amazing friend & partner in walking wounded: hope for those hurt by the church online class, phyllis mathis, and i are hosting a new online class starting october 1st called the ex good christian women’s club online.  oh it’s going to be a fun one!  we’ll explore these four words each week–ex, good, christian, woman.  if you are looking to get some strength & encouragement & have some fun with other women on a similar path toward freedom, join us. all of the details are here: