what it's like…when your child comes out as gay 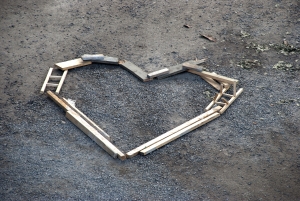 * this is part of a fall series here called “what it’s like…”, interviews with brave friends with real stories unfolding in their lives.  the first one is here.

one of the things that often gets ignored in so much of the conversations about homosexuality & church are the parents.  these are their babies people are talking about!  and it can be really confusing and hard to know what to do when your child says “i’m gay.”  i want you to meet my friend lisa*, a brave and awesome mommy who has been learning what it means to fully embrace her son’s journey. listen in to her story of what it feels like and what we can learn from her story.

describe a little bit about your background, faith experience, and what it was like for you when your son was honest with you?

I come from a very conservative Christian background.  For years I was a leader in women’s ministry and taught women bible studies.  My son came out to me during his second year of college.  He told me that he was gay and that he did not think that being gay or being in a same sex relationship was wrong.  It was very difficult for me because I believed what the church had taught me – that same sex relationships were wrong in God’s eyes.  I knew my son was a good person and that he loved the Lord and was devoted to the church. My son and I went through some very difficult times and I am ashamed to say that in the beginning I reacted horribly. There was a lot of yelling and crying for a while but we finally ended up being able to have a relationship even though we disagreed about same sex relationships. Eventually I began to search out answers on my own. I studied scripture, prayed a lot and talked to people with different perspectives. Today I don’t believe there is sufficient evidence to condemn same sex relationships and that without sufficient evidence it would be an unjust act to do so.

what kind of reactions did you get from family, friends, church?

Initially the main feedback that we received was to make sure that our son knew we loved him and to maintain a relationship with him.  However, later when people found out that I no longer believed that same sex relationships were wrong most people wanted to convince me that same sex relationships were sinful.  A lot of relationships ended up becoming almost non-existent after that.  No one ever said they were ending our relationship but a lot of people just stopped connecting.  Drawing from what I had observed in the past I assumed that a lot of people were whispering behind my back that I had gotten off track and were probably praying for me to be enlightened.  Even many of those that I have remained in relationship with often give me the impression that they are thinking that having a gay son has caused me to come to the wrong conclusion.  Of course, my opinion is that having a gay son has caused me to be able to see more clearly.  The saddest thing for me has been the division that this has caused for me with the church.  I have a lot of unresolved anger towards the church because I feel that for the most part the church has bent the truth regarding what scripture does and does not say about loving, monogamous, healthy same sex relationships and I hold the church responsible for the fact that my son had no safe place in his community to turn to when he was an adolescent.

what are some of the raw feelings you experienced during this season?

Anger, fear, grief and loneliness were the main feelings that I remember having. Initially I was very angry with God.  I was very afraid about how my children would be treated by others.  I grieved the loss of the future I had imagined for my son and my family.  I was lonely because I felt like I had to be careful about who I told and so, for the most part, I was keeping it a secret.

what are some things that safe people did or said that have really helped you, your family?

The people that were most helpful were those who were primarily concerned with how we were all doing – individually and as a family.  They made time to be with us, not just to comfort us or check on us, but to spend time together and do something fun together.

what are some things that people said or did that hurt, that you’d put in the category of “these kinds of things really harm souls so don’t do or say it”?

The thing that hurt me the most was finding out that many people cared more about what I believed about same sex relationship than they cared about me, my son, or my family.

how has your relationship with God, others, yourself changed through this experience?

My relationship with God has changed in that I leave a lot more room for mystery where he is concerned these days.  In other words, I have a lot more questions and a lot less answers.  It’s actually harder but I can’t go back now that I am here.

I think the main way that my relationship with others has changed is that I am now connected with a more diverse group of people. Becoming more humble about what I believe has made my faith act more like a bridge than a barrier.  I also believe that this experience has created more compassion, kindness and patience within me which goes a long way to improving relationships.  I am not saying I have arrived but only that I have improved from what I was before this.

As far as my relationship with myself … I’m a little easier on myself than I used to be. I don’t feel like I have to have everything nailed down these days.  I allow myself to not know something or not be sure about what I think about something.  It’s a freedom that I wasn’t accustomed to.  I like it.

if you had one word of advice for “the church” related to this often-charged topic, what would it be?

“One” word of advice is very difficult for me as I have several pieces of advice so I am going to cheat and include three here but I will make them short.  (1) Create a safe environment for LGBT Christians to be honest and open, listen to them and learn from them  (2) Stop trying to make scripture say more than it does  (3) Stop treating people who disagree with you as if they are not serious, committed Christians.

oh, these three words of advice are awesome!  thank you lisa for sharing your heart with us.  i know this small space can never capture all of your story but the part that resonates the most with me is how the thing every child needs the most is unconditional love.  it’s what we all need, especially when we are wrestling with these hard twists and turns we weren’t expecting life would bring us.