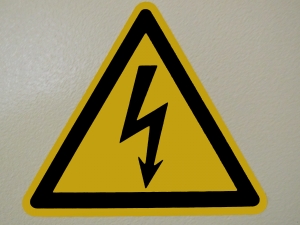 * i’ve been battling a nasty, annoying summer head cold these past few days that has knocked me off my block so just now getting around to posting some things i’ve written for other blogs over the past few months.  i’ll start with this, up at provoketive magazine, for this august’s synchroblog.   the subject was “follow” and what that means for us.   all month long posts will be up there related to this topic.

“Follow me” – Jesus, over and over in the Gospels

When I heard the topic for this month’s synchroblog–“Follow”, I immediately thought of something Richard Rohr said in his book Breathing Underwater, centered on the spirituality of the 12 Steps of Alcoholics Anonymous.  He said “Jesus never said ‘worship me.’  Rather,  when he was calling his disciples he repeatedly said ‘follow me.'”

I have a theory that we’d much rather worship Jesus than follow Jesus.  And for most of us, worship means singing, praying, reading the Bible, gaining insight and information, and “going to church.”  These things, while valuable, are far easier than actually following Jesus.

I know this well in my own life.  For years I was the consummate good christian woman and knew how to do, say, and believe all the right things that supposedly-dedicated-followers-of-Jesus-should.   It wasn’t that hard to do, really.  You show up, mimic what other people are saying and doing, and go with the flow.

That flow tends to lead us toward gaining a lot of beliefs about God but very little experience in living out God’s ways.

When Jesus said “Follow me”, I really don’t think he meant “go to church, sing some songs, listen to an awesome sermon by a charismatic preacher, and hang around a lot of people who believe the same things.”

I think he meant be like him and do what he did.

And here’s what he did:

Freely restored dignity where it had been lost

Publicly advocated for the oppressed

Compassionately offered healing to the sick

Privately rested when he was tired

Openly stood alongside the persecuted

Willingly sacrificed his comfort for others

Repeatedly pointed people toward what was most important–love.

When I look at this list, I have to laugh a little (before I cry), especially in light of the whole crazy Chick-Fil-A bruhaha.  Christians aren’t known for these things.  We’re known publicly for all kinds of things that aren’t reflective of the life of Jesus.  We’re known for standing against the marginalized instead of for them.  For pointing the finger at others’ specks instead of looking at the logs in our own eye.  For excluding instead of including.  For stripping dignity instead of restoring it. For ugliness and hate instead of beauty and love.

One of the things I love about Jesus is he didn’t expect his followers to believe a whole lot of things before following him.

His call was to action, not only belief.

My hope for the future of Christ-following in the years to come is that we wouldn’t continually be known as the “judgmental, rude, cliquey, self-centered stone-throwers.”  Instead, we’d be known as “the “weirdest, craziest risk takers and lovers of people in town.”

Yeah, it’s time to redeem what it means to follow Jesus.