what could be: power diffused 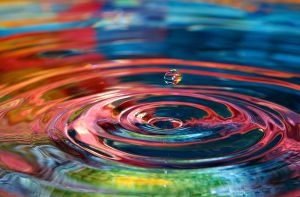 i was thinking today how it is kind of weird that i am doing this series during advent and i know so many people are writing about great things related to the coming of Jesus and here i am talking about church, yet again.  but the truth is that a big part of advent is focused on expectation, on hope, on what is coming. i do believe that amidst all the church craziness out there, all the woundedness, all the same-old-same-old, there is a longing, a hope, a dream, a new reality, and a lot of people experimenting with different ideas of “what could be.”

in case you haven’t noticed, i have issues with power (if you’re extra bored and want to kill some more time you don’t really have on the world wide web, you can read an old post i wrote in july re-thinking power). i think misused power is what continues to ruin so much good in the body of Christ.   clearly, since the beginning of time, humanity has struggled with our need for power.  we do whatever we can do to create it, keep it, serve it, make other people serve it.  i honestly believe it is the root of all evil and that this side of heaven we will always have to live with the tension of our tendency to want to get & keep power.  the problem i have with power issues related to the church, though, is that as christ-followers we are supposed to be strangely different from the world. the kingdom principles that Jesus shares in the sermon on the mount aren’t just good ideas he decided to share for the fun of it.  he made very clear that the ways of the kingdom will require a totally counter-cultural way of living. it will mean giving up what we have held dear. it will mean making ourselves incredibly vulnerable. it will mean humbling ourselves to be radically reliant on God.  it will mean giving up our power, diffusing what we have so that those who don’t naturally have any will get some, too.  it will mean sharing instead of hoarding. it will mean lowering ourselves instead of elevating.

the only bummer is that we, as people, as churches, are generally addicted to power.  we are attracted to it.   we either want it ourselves or want the people we are connected to have it. sociologists have had a hey-day experimenting & exploring all of the wacky things people are willing to do to get or keep or submit to power.  when i say “we” remember that i am making a lot of generalizations. i know many of you reading this blog have developed a general aversion to wacky power stuff, too, but the bottom line for all of us, whether we like it or not, is that we all will continually have to reckon with issues of power.

when i use the word power i think of these words: leadership, value, and voice.

one of my dreams for us as people, as churches, is that we’d be people who would learn what it means to diffuse power–to give away leadership, value, and voice as much as possible. as deeply as possible.  as creatively as possible.   this is so counter-intuitive to what so many have been taught in terms of leadership.  i know there are many out there that will say that the reason that some big churches/ministries have gotten where they have is because there has been so much leadership, value and voice given away.  that their leaders haven’t pulled the power card in the traditional sense.  okay, i am going to be really bold here & say that the reason why lots of things have been grown and built is because power has been re-distributed to other powerful people who then replicate themselves & keep hoarding all the power.   that is not true power diffusion.  true power diffusion means it goes to people who aren’t typically powerful. the least. the last.  the marginalized. the oppressed. the not-quite-as-pretty.  the not-quite-as-talented.  the not-quite-as-educated.  the not-quite-as-socially-acceptable.  the not-quite-as-all-kinds-of-things-that-usually-get-ignored.  the beautiful, wild diverse kingdom of God-in-the-flesh.

the real kingdom of God is a priesthood of all believers. it means we are all important. we all have something to bring. we all have value.  not just the ones with the seminary degrees and charisma and experience and preaching talent and visionary leadership.  i am not saying those things shouldn’t be valued because they are honest gifts that people bring to the table.  my big issue is that they get elevated to a far higher place than they should be.  and in every group, whether it be a group of friends or a house church or a community or institution, there are always people in the room who end up, for all kinds of reasons, to have more power.  in some crazy circles i am marginalized because i am a woman pastor.  in the refuge, that is not the case.  equality is so integrated into the fabric of our community that i am not marginalized in the slightest; in fact, i probably have way more power than i really want.  but what i am deeply committed to, what our team is deeply committed to, is giving as much of it away as we can.  yes, it is hard sometimes. i am one of those people who have a million ideas that i would love to implement, try, experiment with.  trust me, i have several lifetimes worth of dreams & some of the weird crazy energy (aka dysfunction) to do it if it weren’t for all these kids and a strong belief in collaboration & teamwork!  and while some of my dreams are important, the dreams of my friends are just as important & sometimes i have to give up a few of mine to accomodate theirs.   but this takes real relationship.  you see, if the people are just bodies, people who fulfill certain roles & perform certain duties to increase the effectiveness of the institution, then it decreases the importance of caring about their dreams: “there’s work to be done and we just need to figure out a way to get it done.”  i can’t tell you the number of horrible things i have seen done to people “for the sake of the kingdom.”   but real relationship, real community, means that we care so deeply about our sisters & brothers that we continually make room for them to use their leadership, value, and voice, whatever that looks like-maybe for the first time, maybe in a totally different way, maybe more than ever before.

so what would power diffused as people, as communities, really look like?

intentionally create space at the table for people who aren’t used to sitting there.  a huge way to diffuse power is to make more and more room at the table.  there’s plenty of room.  the table’s big enough (just keep putting in more leaves).  the question is always whether we are humble & brave enough to keep pulling up new chairs and inviting new people to sit in them.

fan into flame people’s passions even if it has nothing to do with extending the ministry at hand. yeah, this is a hot topic for me because i know that usually the people that get the most attention are the ones who will advance the ministry at hand.  but what about nurturing dreams no matter who gets the benefit because it is a brother or sister with dreams & ideas that deserve nurturing?  i know so many people with so much to offer the world who are drying up and stifling so much of their creativity because they do not see that some of their hopes & dreams are important because they aren’t part of what’s right in front of them.

get away from one leader, i think it’s generally a bad idea. i have said plenty about this in the past. you can read more about it here, but i honestly think that the model of one leader is a bad idea.  it is hard when some people are really strong and gifted. it is easy to put too much weight on their shoulders & give them more power than we should.  it is still the model that gets replicated over and over and over again, and i honestly believe it is modeling something that is dangerous to the wider body.  changing this is a two way responsibility–the responsibility of people to not perpetuate models of one leader & the responsibility of leaders to resist taking it & consider different forms of intentional sharing.

provide avenues for as many voices as possible in as many ways as possible.  a true community is made up of different voices, all deserving to be heard, all important, all powerful.  voice is not just words. voice is creativity, dreams, passion, purpose.  i think every group of people, whether it’s 2 or 3 or 100 or ? need to figure out ways that every person in that community is seen & valued & nurtured to use their voice, whatever that looks like.  for the refuge, we continue to press out what this looks like & know we don’t have anything mastered, but it does mean that our floor is always, always, always open for dialogue, different people facilitate and anyone can do it, and we go out of our way to intentionally create ways for as many different people to participate, lead, contribute in as many ways as possible.  there’s nothing more glorious than seeing some of my friends step out of their fears & inadequacies & all kinds of other barriers and share their gifts, their voice, their heart.

here’s what i hope:

we’d be people & communities who were keenly aware of our power & the powerlessness of so many others, both in and outside of the systems we live in.  if we have it, we’d do everything we could to give it away, cultivate new voices, and make room at the table for those who normally wouldn’t have a seat.

God, help us be power diffusers, to be humble & courageous enough to take any power you give us & give it away.