what could be: creativity expressed 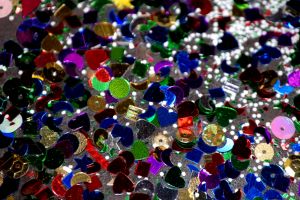 i hope everyone had a good christmas & felt the love of God and family and friends in the midst!  the part i love the most about christmas is the beautiful & necessary reminder that Jesus came into the world as a baby, fully human, in-the-flesh, born in a stinky barn to change the history of the world forever.  around here, thanksgiving to christmas is the worst time of year for so many of my friends, so i am just thankful we made it through another one with no seriously major damage, yeah!   and yes, thankfully, i am almost done with this what could be series, two more posts!  here we go…

kids amaze me with their creativity. the games they come up with, their freedom of expression, spending hours working on projects that light their fire and they love to do. it’s so fun to watch.  one of our twins (they’re 9), has always been really creative.  jared takes paper & pens & scissors to bed with him all the time (yeah, we’re good parents); if i ever need tape or a certain sharpie pen, i can always ask him and he’ll know exactly where to find them.  a few months ago he started creating these amazing books on the computer, stories he wrote with elaborate illustrations.  he printed them all out & came to jose and i to show us. of course we were so enthusiastic at first;  until we looked at how much color printing he had done.  jared had moved on to something else and jose and i were left in the kitchen.  we started whispering to ourselves, “you know these are really cool, but they use an awful lot of ink.  maybe we should tell him not to make anymore like this?” as soon as the words slipped out of our mouths, we both realized how ridiculous it was, and we started laughing at ourselves.   we have the $10 to pay for an inkjet refill.  why in the world were we focused on saving a few bucks instead of freely celebrating and honoring jared’s tenacity and creativity?  don’t worry, we never said a word to jared and he naturally moved on to other projects that weren’t quite as expensive, but it brought to light our natural knee-jerk reaction toward what appears “practical” and how easy it is to stifle and shut down others creativity. think what happens when you or someone else creative you know tells their parents or friends “i want to be an artist/musician/photographer/actress/actor/writer/something else creative.” what is most people’s reactions?  a little eye-darting, maybe an even imperceptible wince, a throat clear, and then usually “umm, that’s great, but make sure that you get a real degree first.  get something that you can fall back on.  art doesn’t pay the bills.”

i believe everyone’s an artist.  God, the greatest creative artist of all time, put his image in us from the very beginning.  and i think like so much other good stuff it gets buried by life & brokenness & circumstance & messages we’ve been told and we lose connection with it.    for me, a huge piece of the purpose of “the church”–the wild & beautiful body of Christ–is to help uncover God’s image in each other.  to draw out the good, to call people to be who they were created to be, to restore dignity & beauty & purpose  in others’  lives. so it makes sense to me that a piece of this restoration process would be to draw out creativity, whatever shape or form that takes for a person. i think that we have limited creativity to only the arts–painting, music, drawing, acting, writing, etc.  real creativity is that & so much more. to me, it’s also a person trying something they’ve never tried before.  it’s using our voice in new ways.  it’s taking a step toward a dream.  it’s experimenting with something scary.

so how do we a people, as communities, help others & ourselves tap into creativity & fan it into flame?

acknowledge how much has likely been stifled. just because we can’t see it, doesn’t mean it’s not there.  most are just really disconnected from it.  usually when i facilitate things i try to do something that helps people tap into their creativity in some shape or form.  everyone always moans and groans and rolls their eyes and has to chime in”there she goes again, making us do hard or silly things we don’t want to do”  but always, always, always, the most amazing things get expressed.  i am consistently blown away by what’s inside people that never has a chance to come out.  and i know in the teeny weeny ways we explore it, we have barely scratched the surface.

quit measuring it as talent. this is what messes so many people up, the idea that creativity requires talent.  and if we don’t have “talent” then we don’t really hit the bar of creativity.  this keeps people stuck like none other.  every single time we do anything that requires “creativity” everyone self-critiques.  i do the exact same thing:  “oh, this isn’t that good, i am not that good of an artist, mine’s not nearly as good as hers, you name-it-we-can-find-a-way-to-self-deprecate-it.”  this will take a lot of work to shift because we have been so programmed to measure & compare talent.  i think one small way (but extremely telling in more ways than one) that churches perpetuate this idea is by knowingly or unknowingly cultivating a showcase mentality.  who gets to play in the worship band:  the best musicians, the prettiest singers.   think of how many budding singers & musicians know they will never get a shot at being part of these teams because they don’t quite “make the cut.”  they’re not good enough, skinny enough, confident enough, oh all kinds of things enough?  why isn’t just giving people who are part of the body a chance to try and nurture and cultivate their passions enough, even if they are off key or not as good?

do what we can to uncover it. this takes relationship and intentionality.  i think creativity is one of the hardest things to uncover in a person because people are so afraid and ashamed of it.   i can’t tell you the number of times i have discovered people’s hidden creativity after hanging around with them for a while.  my one friend, a single mom who struggles to make it through each and every day, is an incredible artist.  she made me a thank you card that was absolutely beautiful. since then, several times i have asked her to make me things.  to submit things to our art event.  oh, the glory that has been exposed!   to uncover what’s been covered will require each of to learn to see what usually doesn’t get seen.  to spend time with each other.  to tap into places in our own hearts, each other’s hearts that don’t usually get tapped.   earlier this year we did a grafitti art workshop at joshua station, our friends in denver who provide transitional housing for families.  so much surprising & untapped creativity & beauty was uncovered.   as brothers & sisters, i think a piece of uncovering it is calling it out, encouraging it, nurturing it.

provide safe places to try. i do think this is our responsibility as communities, to create spaces and opportunities for people to try.  as i mentioned before, creativity isn’t just art.  it’s trying things that we aren’t used to trying. this means providing a venue for people to explore some of their passions for all kinds of things that normally wouldn’t get tried out of fear or lack of support.   as brothers & sisters, we can cultivate this in each other by coaching, encouraging, cheerleading new ideas into existence. in the past few years i have seen 501c 3’s get started, ministry ideas get implemented, art be created, new careers be pursued, little & big dreams realized because of the consistent support of some faithful brothers & sisters.  a little encouragement & a safe place to try goes a long way.

uncovering God’s creativity inside each of us is a life-long, never-ending process.  and i believe wholeheartedly, we will need each other to do it.  and we’ll need to quit worrying about practical things like how much ink we’re wasting in the printer.  i love what george prince says “another word for creativity is courage.” hmm, maybe that’s the bigger story here, that we’d become places where courage is expressed.  imagine how the world would be changed if we could tap into more and more creativity & courage?

so here’s another one of my my hope for what could be as people, as communities, who provide ways for creativity to be expressed:

that we’d be people & places who helped one another discover the creativity buried down deep inside of us.  that we’d provide venues and encouragement that calls out beauty & wildness & courage in one another, no matter what that looks like.

God, help us tap into your creativity & courage in our lives & intentionally nurture it in others.