unless we're all free, none of us are free. 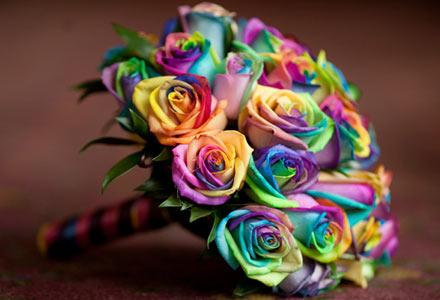 most of you know i’m a nut case for equality.  you hear me talking a lot about gender equality but that’s just because it’s a critical starting place.  when half of the population of the world is thought of as “less than”, we’re in serious trouble.  in a church that is supposed to be the free-est, most liberating place in town, we’re in even deeper trouble.  christians should be leading the way on equality in absolutely every area, yet we all know that on the whole, we are lagging behind, stuck in white privilege & imbalanced power & segregation and all kinds of things that are not reflective of the kingdom of God Jesus called us to create.

equality isn’t just about gender. it crosses into race, sexual orientation, socioeconomics, and any other ways we are divided that strip people’s dignity.

it’s not a side issue or a pet project  equality is a core issue of an active faith and one that as Christ-followers we are called to participate in creating.  here, now.

the fight for equal rights has never been a simple one.  all over the world, there are wars & battles & movements calling for change.  people are sacrificing all kinds of things on behalf of change, even their lives.   i believe passionately that we re called to be dignity restorers and champions of equality in every way, shape and form.  toni morrison says “the function of our freedom is to free someone else.”

i am supposed to use any freedom i have to help free my brothers & sisters who aren’t free yet.

yeah, unless we’re all free, none of us are free.

this week was a historic week in our country in the movement toward marriage equality.  i always say it’s easy to be against equal rights when we have the ones we want. i love that our president stepped out in a big and bold way to advocate for change that’s been a long-time-coming in this country.

i hope it calls all of us to be brave, too.

but it’s worth it.

because unless we’re all free, none of us are free.

i am so tired of all the destruction, all the ways christians have used the Bible & power & control to separate, divide, and strip others’ dignity.

but i firmly believe the solution is not in looking at how jacked up the system is and spending energy there.  it’s fun to rant & rave about it, but the truth is that ranting and raving won’t change anything.

what will change things is when we begin to vote with our feet (and in ballot boxes) and refuse to be part of churches & systems & groups that oppress.  period.  they aren’t going to get our money or our time or absolutely-anything-anymore and i don’t care how good their music, teaching, or kids program is.

when we risk our reputations and speak out for equality and freedom.

when we actively participate in setting others free.  that means creating little pockets of love & freedom where equality is practiced & dignity is restored.

it’s time for change.  so many are starting to rise up from below.  there’s a holy stirring.  a hunger and thirst for justice and righteousness.  we are done sitting passively in our fear & complacency while our brothers & sisters are marginalized, oppressed, and stripped of their dignity.

the cost to us will be great.

it’s the least we can do.

so that’s why i’m writing this today.  to say strongly and clearly that i stand on behalf of my brothers & sisters and their fight for freedom.

because unless we’re all free, none of us are.