things that make me stand on tables & go a little crazy 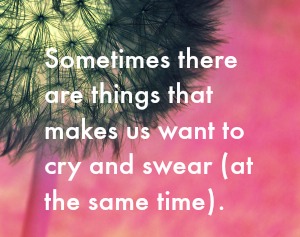 A few days ago I had a really interesting & unexpected thing happen to me that stirred up a lot of big feelings.  It’s too complicated to go into all of the details, but the essence is this–I criss-crossed with the realities of what happens when conservative Christian power intersects with the work of standing alongside the marginalized and oppressed in more than just words. This wasn’t something related to The Refuge or even me personally but as I heard the story of what happens when some passionate Christians decide to become allies and advocates to those on the underside of power and the subsequent fallout for their simple choices, I began to cry and found that I just couldn’t stop. I even almost threw up in the parking lot. I think I just felt truly sickened by hearing yet another story of power & privilege attempting to thwart justice & mercy in the church that’s in such desperate & dire need of change.

I started thinking of my own story of how so much of my downfall in big church wasn’t about gender equality (even though that was the last straw), but about my advocating for the underrepresented, for the poor, for the marginalized & oppressed, for the least, for the last.

In the end, it was about power.  The powerful didn’t want to be uncomfortable. And the powerful paid the bills.

I was perceived as a little crazy. Honestly, I don’t think even one of my ideas for the church are crazy when I look at the gospels and the early church.

What’s actually crazy is our current system of church and power and how it’s just-so-freaking-contrary-to-the-ways-of-Jesus-that-sometimes-it’s-like-a-dark-comedy-or-a-bad-dream.

No wonder people are leaving it.

Anyway, I’ve been really raw and wacked out these past few days. It’s stirred up some interesting feelings about how tiring it is to bump up against the same old same old over and over and over again when it comes to equality and dignity and mercy and justice in the place where it’s supposed to be the most freely-given.

I started thinking about these things that turn me into a crazy woman who wants to stand on tables and rant & rave & cry & swear & eat a lot of chocolate.

Yeah, I admit, I go a little nuts when people say things like:

Or leaders trying to maintain the status quo out of economic fear say:

Men and women who aren’t in relationship with someone in poverty or pain who say things like:

I also go a little nuts when I think of:

Yeah, I guess a lot of things get me riled up, and I think that’s okay. These are things I deeply care about for a reason.

One thing that I did these past two days was not try to just buck up and push my crazy feelings aside. I let myself cry & swear & talk & share & process the anger and sadness inside of me. It really helped.

I’d love to hear yours. What are your makes-you-crazy-when-people-say-or-do-that things related to faith & church?

ps: Something that does give me hope this week is the ongoing work of Christians for Biblical Equality; they work tirelessly on behalf of gender equality around the world. They asked me to write a piece for Arise and here’s what emerged–What I Keep Learning About Gender Equality and the Church. Keep on keeping on…