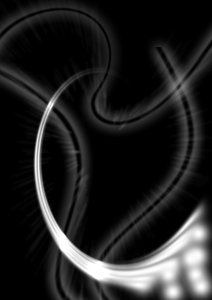 scapegoat:  [skeyp-goht] a person or group made to bear the blame for others or to suffer in their place.

this post has been swirling around in my head for over a year now and i finally got a chance to sit down over a month ago and write it.  then i still didn’t post it until now. i think i’ve been avoiding it because i don’t want to listen to my own words, ha ha.

in a recent conversation about church woundedness with a few friends i was reminded how there’s a similar pattern in many of these kinds of painful stories–a scapegoat.

on the journey toward easter, we prepare for the biggest scapegoat in history–Jesus.  we see what happens to a scapegoat.  we see how the crowds turn in a snap.  we see betrayal.  we see the consequence of our sociological dysfunctions and human brokenness.

it’s easy to keep scapegoat language safely tucked into the old testament or in the Jesus story and forget how powerful and strong it is at work today–in families, groups, organizations, almost any system we are in.  rene girard, a french sociologist/philosopher, writes about this in his well-researched and utterly fascinating mimetic theory.  last year i was part of a 2 day intensive hosted by my friends at center for transforming mission that processed some of these ideas together.  while my head was spinning with ideas far above my limited, give-me-the-practical brain, i was deeply moved by it.  he nailed a critical point about human nature–our tendency toward violence.

violence doesn’t always look like guns & bombs & physical assault.  violence looks like turning against our brothers & sisters & ourselves & God to protect ourselves.  this can come out in all kinds of different ways that are far more subtle than war.

we separate. we turn against. we withdraw. we blame. we point the finger. we circle our wagons.

all in an effort to protect ourselves, to save our own skin.

it will be easy for some of us to read this and connect with the feeling of being a scapegoat. unfortunately, i know the feeling.  it sucks. it hurts. it’s violent. it’s really hard to recover from.  it’s easy to say that it’s inconsistent with the ways of Jesus, and i believe it is.  but it’s actually very consistent with what Jesus experienced.  2,000 years ago we witnessed the biggest sociological experiment in history; and now we are participants in the same weird, violent, oh-so-not-the-way-it-has-to-be patterns.

subtly, directly, we are often looking for the scapegoat or maybe somehow living out being one.

either way is icky.

groups create a scapegoat to protect the group from looking at their own dysfunction.

and we create scapegoats to protect ourselves from the same thing.

it is a way to deflect things away from ourselves and direct our energies toward easier, safer targets.  we often forget that when we point our finger, we’ve got one finger pointing toward “them” and three fingers pointing toward “us.”

it’s so easy to blame others.  to wrap up all my pain & shame & ugliness and put it in the spot called “someone else’s fault.”  i do not for a minute want to minimize the real and clear damage that many have endured when we became the scapegoat in our families, churches, companies, etc.

but for the sake of the spirit of holy week and honest reflection, i’d like to center my energies on how i use scapegoats as a way to deflect my own pain.

i can blame a long list of people & things & circumstances & situations that help me find some temporary relief for my suffering.

but the relief that scapegoating brings is only temporary.

scapegoating buffers us from the reality that we have things in our hearts that we need to reckon with.  for me, most all roads lead to fear–fear of rejection, failure, of being unloved or not enough.

i think part of this reflective season is acknowledging our scapegoats–the things we blame & direct our anger toward so that we don’t have to look at the deeper pain within.

scapegoats split us and perpetuate violence against ourselves & others & God.

scapegoating is easier at first; but in the end, it leads to death.

humility is harder at first; but in the end, it leads to life.

God, show us how to be people of humility & peace, not violence & blame.