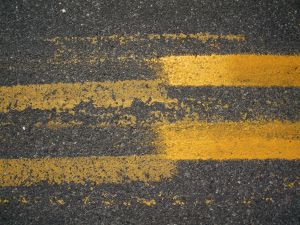 * this post is part of the monthly synchroblog, different bloggers writing on the same topic.  this month’s topic is around gender equality, an issue near and dear to my heart.  check out the link list at the bottom of this post to read the other posts (i’ll add more as they come in).

“i have a dream that one day every valley shall be exalted, every hill and mountain shall be made low, the rough places will be made straight and the glory of the Lord shall be revealed and all flesh shall see it together.” – martin luther king, jr.

feminist is a dirty word in a lot of Christian circles.  it has come to be associated with anger and reverse sexism and all kinds of other things that were never the idea.  i personally don’t mind being called a Christian feminist because it goes with the territory;  i am a passionate advocate for the liberation of women and am grateful for those who have gone before us and will go after us to pave the way for greater equality.  at the same time, i’m not crazy about the word.

like the word “church” and “pastor” and a lot of other loaded words, i think we need to try to reclaim them or at least come up with some better ones that describe what we mean without such negative connotations.  for me, i am not a feminist for the sake of women’s power.

rather, i am for dignity-restoring-in-all-the-places-where-it-has-been-lost.

when people are thought of as less-than, no matter what shape, size, color, gender, or experience, their dignity is stripped.  period.

when 1/2 the population of the world is generally thought as less-than and inferior somehow, we’re in some pretty big trouble.

i don’t feel a strong call to promote the “f” word of “feminism”.

but i do feel a deep & burning passion to promote the “d” word–“dignity”- for all people.

we are all made in the image of God and have inherent worth because of it.  many complementarians will agree, saying that men & women are “equal in value but different in role” but i believe they miss the point and underestimate how powerful the “under another” theology creates a propensity to oppress, silence, limit, and reduce.

it strips us of our dignity.

women are seen as less-than in most cultures.  they were in Jesus’ time, too.

but he, God in the flesh, embodied something radically important–restoration of the dignity of not only women but anyone who was thought of as less-than.

still, the church of Jesus Christ, which should be the free-est, most radically inclusive, least-oppressive, safest space in town has tossed out a lot of what he modeled and went on to perpetuate inequality toward women in the same old ways.  we’ve used a few scripture verses and an already-deeply-grooved-against-women-cultural-system to perpetuate oppression instead of follow Jesus’ example of restoring dignity & setting people free–like really free.

i do not want to see women empowered so that they can then power up on others & create the same kinds of inequality we already have, only in reverse.  that would not be reflective of the kingdom of God, which is what God has called us to participate in creating.

rather, i want to see women set free to step into who they were created to be without man-made limitations that strip their dignity so that the reality of God can be reflected in all God’s children, here & now.  when that original image of God is uncovered, unburied, fanned into flame, all kinds of beautiful things emerge.

men’s dignity will be restored, too.

the systems we have perpetuated haven’t only robbed women of their worth.  they’ve robbed men of theirs, too.  they’ve reduced them to stereotypical roles that they can’t live up to.  they’ve put men in a place of wielding power that they didn’t even necessarily want.  the systems have limited the possibilities of finding equal, strong partners.

over time, the divides that usually separate us can be crossed.

over time, families, neighborhoods, cities, organizations, nations will be changed.

over time, beside each other together as equals, we can more freely reflect the image of God in every relationship and system we are in.

to me, there’s nothing more beautiful than dignity-restored.

i think we need more Dignity-restorers.