releasing "biblical" from its hijackers' grip 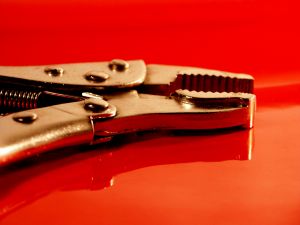 yesterday, when i was flying home from the east coast after a visit with my oldest-son-who-is-in-college, i was reading USA today when a full-page ad with billy graham’s picture caught my eye.  here’s what it says:

vote biblical values tuesday november 6th.  the legacy we leave behind for our children, grandchildren, and this great nation is crucial.  as i approach my 94th birthday, i realize this election could be my last.  i believe it is vitally important that we cast our ballots for candidates who base their decisions on biblical principles and support the nation of israel.  i urge you to vote for those who protect the sanctity of life and support the biblical definition of marriage between a man and a woman.  vote for biblical values this november 6th, and pray with me that america will remain one nation under God. – billy graham, montreat, NC (paid for by the billy graham evangelistic association).

my friend steve knight has already written about how jacked up that is, especially since billy graham has remained bipartisan for his entire life, advising liberal and conservative presidents alike.  his son is now controlling his communication.

a friend of mine shared this quote from billy graham with me yesterday, from 1979, when he opposed the “moral majority”: “i’m for morality, but morality goes beyond sex to human freedom and social justice…evangelists cannot be closely identified with any particular party or person. we have to stand in the middle in order to preach to all people, right and left.”

but the point here about the ad is the word biblical sells.  and tricks. and confuses.

yeah, the word biblical is such a loaded one! i can unequivocally say that i dislike it (much more more than the word “missional”, ha ha, and even though i love & value the bible) because of how it has been utterly mis-represented. it’s been hijacked & twisted so people who vote or believe in a certain direction are considered “unbiblical” while a certain other select group of people have the market cornered on what that means and have “God on their side.”

it also strikes another personal chord because i am sometimes criticized for not being “biblical” enough.  as someone who is pretty into Jesus, it feels insulting, and it’s mainly because i don’t quote a lot of bible verses & support certain conservative views.  really, on the whole, when used in the context of this advertisement, “biblical” is about two primary areas: being against-homosexuality, especially gay marriage, and remaining against abortion.  these then get tangled up in “family values” that has the most to do with a God-centered america.

the last i read, these things were not the central tenets of the Bible.  they are not things Jesus talked about.  in fact, what he was railing against was people who had hijacked religion and were focused on the law instead of love.  who used the law to burden people.  who proudly professed they had the market cornered on God when really they had strayed far from what he had in mind.

when i think of the word “biblical”, these are some thoughts that come to mind:

caring for the poor, the lepers, the widows, the orphans, the marginalized.

worrying about our own sin instead of the sins of others.

sacrificing our lives, comfort, hearts, time, money, pride, and energy on behalf of others.

radical forgiveness and loving our enemies.

how come we don’t seem to associate these things with being biblical when they are the far bigger message in scripture?

my take is that it’s because these things are way harder than talking about abortion, gay marriage, and a God-centered america.

i respect that we all have different views on biblical interpretation, some more conservative or liberal than others.  i love that part.  it’s interesting & challenging & we’re supposed to live with that tension.  but it makes me sad that “biblical” has become a way to say to others–“we’re with the real God and you’re not”. and that’s not fair.

i’d love for us to be more honest about how the word “biblical” has been misused for political and church-marketing gain.

i’d love to have more honest conversations about how we slap the word “biblical” on things and hide behind it instead of wrestling with the reality that people see the scriptures differently from us (and still love God).

i’d love to unhook the word from being associated with conservative politics & worldviews and have it more readily attached to Jesus’ crazy-upside-down-ways of love & hope & freedom & equality & mercy & compassion & justice.

i’d love to have the focus shift from picking apart particular bible passages as a great distraction to actively, tangibly, passionately living the principles Jesus modeled for us in the Bible because that’s the work of our lives.

yeah, i’d really love to release the word biblical from its hijackers’ grip.  it deserves better!