reframing crazy when it comes to church 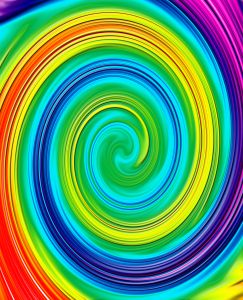 how many times have you all heard me talk about our “crazy” little church, the refuge?   and about how people i know who are doing all kinds of wild & beautiful missional things for the kingdom are a “little crazy but not alone”?  or how “crazy” my life in the trenches is?

i use the word “crazy” all the time when i talk about life down here because compared to the big church machine, it is.

people really do think we are crazy (can’t tell you the number of people who say “i could never do what you guys do” like it’s some kind of weird anomaly in the church of Jesus Christ to actively love one another [that’s crazy]).  but the truth is that we’ve sort of adopted that language, too.  that what we’re doing is somehow “crazy”.

i recently had a very short but lovely conversation with two missional church cultivators who are doing what we’d call “crazy” work, too.   in the conversation one of them said, “i used to think we were crazy but then i started re-thinking it.  i began to say, hey, we’re not the crazy ones here. read the gospels, this is so not crazy.  that system is what’s crazy!”

“that system is what’s crazy!”

those words have really lingered and i’ve been thinking about them all week.

what if we reframed crazy when it comes to church?

what if instead of thinking that small-missional-communities-and-people-working-on-the-fringes-of-life-and-faith were crazy, we started thinking that maybe these things were actually crazy instead:

isn’t it a little crazy that in the church supposedly built upon the teachings of Jesus Christ that half of the population is silenced and kept underneath the other half?

isn’t it a little crazy that millions of people go to church each week and never talk to anyone past saying “hello” to a greeter?

isn’t it a little crazy that there is usually never a really poor person or a hurting person or a single mom on a board of elders?

isn’t it a little crazy that for the most part the pretty and the popular and the outwardly strong are the only ones we ever see or hear from up front?

isn’t it a little crazy that millions of dollars are spent on buildings & staff salaries while people in the congregations are on food stamps & medicaid?

isn’t it a little crazy how much money & energy & time is spent on dynamic teaching, amazing worship, and an awesome kids program that happens for one hour every week?

isn’t it a little crazy that every church has so many people with amazing gifts & passions & talents that not one person in their congregation even knows about?

isn’t it a little crazy that there are so many people who go to church each week but do not personally know one single poor person ?

isn’t it a little crazy that following Jesus has become about going to church & believing certain things & listening to certain radio stations or voting for certain candidates?

isn’t it a little crazy that pastors have to pay exorbitant amounts of money to seminaries to somehow become “qualified”?

isn’t it a little crazy that we don’t think this is crazy?

seriously, we need to reframe crazy when it comes to church!

a place where people can share openly about their addictions & struggles & hopes & doubts & fears.  breaking the divide between us & them.  women freely leading alongside men as equals.  all welcome and not only until they’re actually honest. safe places for gifts to be fanned into flame with no power or control trips.  a focus on living out the Bible instead of talking about the Bible.  tangible ways to love & care & serve & learn how to be a friend.  dialogue instead of passive listening.  experiencing instead of watching.

i’m pretty sure when it comes to following Jesus these things aren’t supposed to be “crazy”.

to the world, yes.  to the church built on his name, um, i don’t think so.

yeah, we so need to reframe crazy when it comes to church.