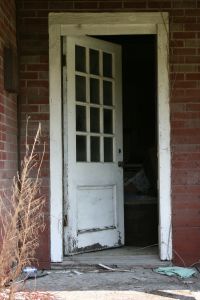 * this post is part of the june synchroblog, which was focused on “what is in our invisible knapsack”–the unearned privilege that many carry and how we can participate in changing deeply grooves systems that are built on it. i wrote this post almost exactly a year ago, previously called white privilege, male privilege, straight privilege, economic privilege, but thought i’d repost it as part of this conversation. other links are at the bottom of this post.  my feeling on the topic is still the same–any  hope for change starts with listening, really listening, to each other.

i will never know what it’s like to be a person of color.  i can only listen and learn from my friends & family who are.

i will never know what it’s like to be gay.  i can only listen and learn from my friends & family who are.

i will likely never know what it’s like to be poor and live in section 8 housing.  i can only listen and learn from my friends & family who are.

and those who are men in similar positions can never know what it’s like.  they can only listen and learn from their friends & family who are women.

i’ve heard it dismissed sometimes, heard white people talk about “the minorities get all the jobs and get to go to the top of the line now”.  heard men talk about “i don’t know what women are talking about, we ask them to be part but they always say no.“  heard straight people talk about “gay people have more rights now than i do” and economically stable people talk about “if those poor people would just work harder & smarter they wouldn’t have so many problems.”

the power each of these carry is real and must be acknowledged.

and when we hold the privilege we must do our part to listen to those who don’t.

this is no easy task, but we will need brave men & women who are willing to lead these conversations–to provide listening posts to hear from those on the underside of the privilege.  to learn what it feels like.  to learn what might help shift things.  to learn a better way.

we do not need to do feel guilty for being white, male, or straight or having money in the bank; that’s definitely not the idea here but is the easiest place for us to default.  we each are who we are, were born how we were born.  but i do believe strongly that we need to understand the power that comes from it instead of pretend it doesn’t exist or shoo it away as someone else’s problem.  re-thinking power is important.

Christ breaks down all of those barriers. but the kingdom of God won’t just drop out of the sky.  we will have to work hard, sacrifice our time, ego, hearts, and pride to create it.  we will have to let go of assumptions that “it’s not that big of a deal” when we’re the ones with the privilege.

at the same time, when we are the ones who don’t have the privilege we will have to be brave enough to sit at the table with those who do & listen to their hearts & stories, too.  we will have to create containers for understanding & love & hope & possibility of a better way--together.