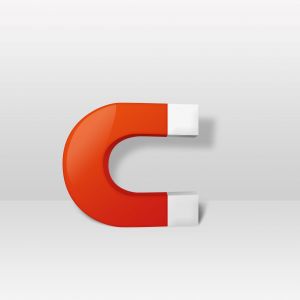 my husband jose has a theory about people.  he says that in some weird ways, “we’re always going back to our abusive dads, trying to please them.” he doesn’t mean this in a literal sense (although it’s true for some), but rather that human beings are strangely drawn toward being mistreated.  that we live our lives from a place of shame, not freedom.  that we somehow like to be mistreated.  that like a moth to a flame, we often go back for abuse & control & power, subtly or directly.

a pro-bono lawyer for domestic violence victims at a christian legal aid clinic, he sees this a lot.  i have journeyed with many people over the years trying to leave abusive relationships and unhealthy churches so unfortunately i have often seen it, too– this sad and painful pattern of continually returning to bondage instead of walking toward freedom. i can’t tell you the number of times i have cried over women who have gone back, yet again, after coming close to leaving an abusive relationship.  or the number of times jose has started cases only to drop them when the men started being “nice” for a while.

i also can’t tell you the number of people i know who week after week, year after year, sit under unhealthy, controlling, shame-based christian teaching from charming evangelical pastors with charisma.

it leads me to believe what i suspect has always been the case related to humanity & religion.

it’s easier to default toward bondage than freedom.

i will go so far to say that we have a fatal attraction toward control & power (not a crazy-boil-bunnies-fatal-attraction, but a propensity to keep going back to what’s not good for our souls).

we like leaders who kick ass & take names, who tell us what to do and what to believe, who set the record straight and speak for God, who use shame to motivate, who keep us in line.

we want kings to rule over us.

we prefer the outward appearance of real strength to humility.

we choose charisma over integrity.

we repeat bad relationships instead of learning how to create good ones.

i know of many pastors who get away with mistreating folks but are amazing communicators; throngs of people aren’t willing to give up their hour fix on sunday for someone less “powerful”.  i also know many women who are being mistreated by their partners but never leave because they think it’s normal or what they deserve or “if only i would…then maybe he wouldn’t…” or that they don’t have any other better options.

the human psyche is interesting.  because many of us have such a low view of ourselves (self-hatred & low self-worth is pervasive and so dangerous, both in and out of the church), we allow ourselves to stay stuck.  it’s tempting to give our power away to an institution (to carry it for us) rather than working through it ourselves.

there are many reasons for our false attractions–our family histories & life experiences, deeply grooved social systems that falsely define our value, and emotional & spiritual baggage we carry. unfortunately, churches tend to perpetuate this in the worst possible sense, giving people what we want (what’s familiar & comfortable even though it’s controlled & limited) instead what our souls really need (freedom, real freedom).

when i reflect on the scriptures, especially matthew 23,  Jesus does some serious calling out of the pharisees and ways they enslaved people through religion. honestly, i am reminded of how little things have changed from 2,000 years ago.

at the end of matthew 23 he reminds them that they always kill prophets, people who call out truth.  then he says something i think about a lot, “how often i have wanted to gather your children together as a hen protects her chicks beneath her wings, but you wouldn’t let me” (v. 37).

i know it has been for me.  to come out from underneath a system that controlled me has been terrifying. to let my husband really love me has been the work of my life.  to see myself as an equal instead of underneath others or unworthy of respect has been hard.  to soak in the truth of how big and not-controlling-or-shaming God is has been a long and difficult process.

many of us don’t believe we deserve a healthy relationship where we are treated well, with dignity and respect. or someone who believes in us. or a vocation or passion that makes our heart come alive. or friends that aren’t just takers.  or a God that lavishly loves us.

we settle for crumbs.

so many of us have shifted our unhealthy attractions (yes!)–in churches & in other relationships.  we are discovering we are worthy of love & connection & freedom & dignity & passion & purpose.

but i know so many others still there.  who prefer macho over humility, easy answers over reality, and comfort over freedom.  who give time and hearts to people & places who subtly or directly mistreat them and use the name of God or their power to keep others contained.

God, may we let you gather us up and help us believe we are worthy of good things, of love, of freedom.  that we deserve better than we think we do.