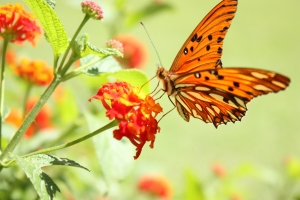 since i have gained some distance from when i was a “good-christian woman” i can look back at at it as kind of funny in some ways. yeah, even though the difference might seem funny sometimes, i don’t want to ever be mean about it. it’s real and making fun of it can hurt. sure,  a lot of christian stuff might have become more fashionable and hip on the outside over the years but underneath the surface are deep roots about what it means to be a “good christian woman, wife, mother.” there’s a lot of baggage with it!  i remember the days where i worked my tail off trying to be good enough, faithful enough, godly enough, you-name-it-enough, even though all of the teachings being given around me would never say that was what they hoped to foster.

the good christian woman culture is strong, pulling an awful lot of women to imbalanced submission & keeping-the-peace-at-all-costs & doing what it takes to appear stronger and better than we really are.

i recognize these kinds of labels sound stereotypical, but my point is to bring to light that a lot of christian women haven’t been granted the kind of freedom i think Jesus gives us.  we’ve been silenced, tamed, and expected to serve men instead of God.  we’ve been cut off from our hearts.  we’ve been valued for working ourselves to the bone in the background while those in the forefront have all of the power.  we’ve been taught to keep our true passions in a box for fear that we’d appear selfish or not sacrificial enough.  we’ve been led to believe that we can’t trust our hearts or opinions because of eve’s sin.  we’ve been given the company kool-aid to drink and told that God thinks it tastes good.

we learned to split ourselves into two people–what’s on the inside & what’s on the outside.  we have been taught to be “good” instead of free.

it’s really hard to live with, and Jesus wants peace and unity for us, in us.

to me, that’s the essence of ex-good-christian-woman-hood—healing this split and becoming one person instead of two.  it’s becoming less good and more free.

this goes for men, too.  and we need to remember–when we get in touch with what’s on the inside and begin to make tangible shifts on the outside to become more whole, look out!  the status quo does not like to be rocked.  deep down well-behaved is honored far more than Jesus’ call to freedom.  “appearing to be good” is outwardly valued far more than “ex-good.”

when i started to become one person instead of two, sharing with others what i was really thinking & feeling, a lot of other women began to say the same things out loud, too.

“i thought i was the only one who felt this way.”

“i feel guilty for wanting more.”

“i’m so freaking tired of pretending.”

“i don’t know what i really believe anymore.”

“i dream about living this life behind and starting a new one.”

not all the women i know think and feel these things, but a lot do–especially those from a more conservative evangelical persuasion.

the problem isn’t the feelings.  the problem is that we don’t have a safe space to talk about them.  while thousands  of women are signing up for the next beth moore bible study at their church, thousands more are realizing there’s no place for them to go anymore.

they’re done pretending but they don’t know where to be real.   they’re tired of trying to be good and long to be more free.

i have no perfect solutions that don’t involve almost completely blowing up the current church system, ha ha! but i do know there are little pockets of love & freedom popping up all over the place, and that makes me happy–women & men gathered in weird and awesome ways to help heal this split and encourage each other become less divided, more free.

one small pocket of freedom my friend phyllis mathis & i recently created is a new 4 week class at liveitothefull.com as part of some new venues for healing–it’s called the ex-good-christian-women’s-club-online.  our hope is that women could have a safe place to work at becoming one person instead of two, less good & more free.    we’re going to talk about four movements–“ex” & the land of transition, “good” & all of the baggage centered on what that means, “christian” & our shifting faith, and “woman” & the ways we can embrace who we are as awesome women meant for more than we’ve maybe let ourselves believe.   it starts october 1st & would love to have you (or anyone else you know) join us.  i

meanwhile, no matter where each of us are at, here’s my hope:  let’s keep working on becoming one person instead of two, less good & more free, no matter the costs.

our life–the kind of life i think Jesus always had in mind for us, the wild and crazy life of living free & whole & passionate as women & men created in the image of God–depends on it.