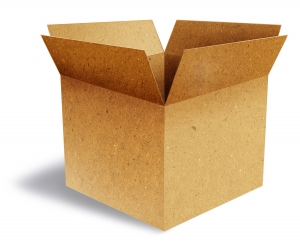 i believe evangelical christianity has created a lot of divided women.

women who are cut off from their desires.  who are pulling it together on the outside but crumbling on the inside.  who are constantly feeling like losers, always missing the good-christian-woman-wife-or-mother-mark.  who are afraid to dream. or take care of ourselves. or want something more because it can be perceived as selfish. who love God but aren’t sure God really loves us just-as-we-are because we’ve been bombarded with teaching about our depravity & eve-nature & how we need to be more like proverbs 31.

i know these are generalizations, but in my experience a lot of “good-christian-women”:

any of these sound familiar?

subtly or directly, they are embedded into the fabric of many of our faith & life experiences.

six+ years ago, when i took a stand against unhealthy church politics, i put the nail in my good-christian-woman-coffin for good (i had been on my way for a while).  i am still shocked, really, at that turn of events but when i look back, it makes me smile.  i said what needed to be said (not that anyone cared but it sure helped me), i discovered passion for justice & leadership & equality that i didn’t know i had.  and i kept meeting more & more women who somehow found themselves on the outs of good-christian-woman-ness, too.

not everyone can relate.  some were never “good” in the first place and wonder what all the fuss is about (that kind of freedom is a gift).  others are just fine with way things are and don’t need anything different at the moment.

but there are an awful lot of us who know what i’m talking about here.

over time, we have been sold a bill of goods on what it means to be a christian woman.  we’ve been domesticated, tamed, caged, and limited.  we haven’t been properly valued or empowered or nurtured.  we have been taught codependence and given the company kool-aid to drink.

thankfully more and more women are joining the ranks of  what i call “ex-good-christian-women.”  it’s lonely at first but in the end, so freeing.  many of the women in my life are ex’s. some played the good game for a long time (or the younger ones figured it out more quickly, yeah!) and gained the courage to step out of the box. others did something the system didn’t like and found themselves on the outs.  all my “xgcw’s” (that’s my little acronym) give me hope & courage & help me never look back, except to come alongside others who are trying to find their way toward greater freedom, too.

here are some characteristics of those of us with the “ex” added.  “ex-good-christian-women”:

Jesus wasn’t a “good christian” in the ways it has come to be defined.  he wasn’t well-behaved.  he didn’t play by the system’s rules. he didn’t pretend to be nice. he didn’t play it safe or try to conform.

he called us to God’s wild & brave & beautiful ways of Love, not to being “good.”

ps:  i know many men have been boxed, too, by false ideas of what it means to be a christian man.  i have some ideas of what they might be, but i obviously can’t speak into it.   i’d love if if some of you guys can share what your “good-christian-men” and “ex-good-christian-men” lists might have on them.  the circumstances may be different, but we share the collateral damage.

also, while i’m on this thought i found a couple of 5 year old posts that i wrote about ex-good-christian-women called do you identify? and disapproval.   they’re old & i’d probably write them differently today, but they kind of sum it up.  if you want to read even more, i’ve got a whole blog category called “ex good christian women”.

check out a few really good posts i recently read related to this:

now, i’m off to the UK for a fun graduation trip with my daughter for a week.  very excited & thankful for an awesome husband who works for the airlines & rocks as a teammate and will keep everything moving around here while we are gone.  happy first week of summer!