breastfeeding hurts & other things we need to be more honest about. 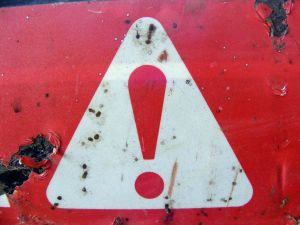 * i wrote this post in march and never got around to posting it (i do that a lot).  it was after a conversation with an awesome mommy & ministry leader who told me how hard it was to juggle being a mom and leading at the same time.   in her mind, she kept falling short.  in my mind, like so many others of us, we just haven’t had enough safe spaces for reality.

anyone who tells a new mom, “oh, breastfeeding is easy, it doesn’t hurt at all” is a liar.

let’s be honest, it hurts at first.  there’s no way around it.  when i had my first baby 20 years ago i remember people around me spouting the joys of it.  and not one person told me how bad it was going to hurt.  they only told me all the reasons why it was so great.

i agreed with them; it’s awesome. i’m definitely pro breast-feeding.

but i wish they had been more honest because it hurt like hell for the first few weeks.

it shouldn’t have been a stretch for a seasoned mom ahead of me to just say: “listen, this is really a big sacrifice, it’s going to be hard, it’s going to hurt, but hang in there and over time, it will get easier.”

that’s not asking too much.  but it’s often how it works.

i usually don’t talk about breastfeeding on my blog, but what i do like to talk about is honesty.  and i think what’s lacking in so many circles–especially christian ones–is the lack of honesty when it comes to many things.

we sugar-coat, we avoid, we over-spiritualize and over-simplify, and we do a really big disservice to people who just need safe places to talk about the truth.

how many of us are always comparing ourselves to someone better, stronger, wiser, more-this-or-more-that than us in work & play & school, and how draining that can be.  so many of us live with the sucky feeling of being too much or not enough but with no safe place to talk about it.

sex is weird.  and that most of us didn’t have good conversations about it when we needed to and are left to figure out all kinds of things related to it on our own.  it’s not going so well for a whole helluva of a lot of people.

having kids will always mean that we don’t get to do some of what we want to.  there’s a damaging myth that with the right balance of body-mind-soul-spirit we can pull off everything we want to do.  that if we try harder, pray more, shift our schedule, go to sleep later (or earlier), that we can make it all happen.  we can’t.  being responsible for little people (who then grow into bigger people who still need us) will always mean some of what we want is impossible.

how terrifying doubt really is.  what it feels like when we wake up one morning and wonder if we’re really an atheist. or what it’s like when things-about-God that felt so sure now are like sinking sand and we aren’t sure who or what to believe anymore.

and how scary dreaming really is.  how when other people start talking about their dreams it freaks us out and we wonder if we’ll ever be brave enough to try what we long to do. how we get jealous & scared & mad at God for not making dreams come easier.

that feeling stuck is common.  so many of us are stuck in hard jobs, tough marriages, weird churches, unsatisfying professions, and a long list of other things that leave us longing for change but silently convinced that it might not ever happen.

these were not things that i was taught in most of my church experiences.  while i was being fed things like “pray more, believe more, serve more” these thoughts were  rattling around in my head & heart.  i was fortunate enough to become part of a safe women’s group when my kids were very little that opened the door to these kinds of conversations and since then have been able to be part of little pockets of safety where these conversations are possible.

but the more i talk to others, the more i wrestle with the crazy stuff always swirling around in my head, the more convinced i am that we need to work harder at  figuring out ways to be more brutally honest about these things.

to have safe spaces to talk about them.

to be with others who are asking the same questions and wrestling with the same things.

to gather hope that we’re not alone.

that’s why we need more safe communities, people gathered in all kinds of shapes & sizes, where we talk about things that need talking about.  where we are not afraid to say hard things out loud.  where we download the crazy stuff in our head and learn we’re not that crazy after all.