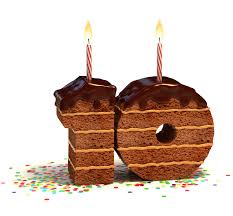 happy new year! i’ve been sick this week, but i realized earlier this week that today marks my 10 year anniversary of entering into full-time-vocational “ministry.” a decade, that’s wild.  i told jose that and he laughed and said “it feels like 100, especially those first couple of years!”  honestly, our marriage took a beating the first year that i transitioned from stay-at-home-mom-serving-and-leading-as-a-volunteer to a crazy growing mega-church staff. “bumpy” is an understatement; even though it was a rough go, it was one of the best things that ever happened to us together because we were forced to become equal partners and much better teammates.

it’s so hard to describe all of the ins and outs of my second year but let me just say that it about ruined my faith & i still have some residual PTSD after all these years. the combination of seeing the underside of unhealthy systems, my naive-ness, my stand-on-the-tables passion for “what could be”, and crazy $*@&!^! stuff related to power just about did me in.

it’s wild how just 2 years had such a significant impact on my life.

but in all kinds of ways, i am glad for it.  my time there shaped and formed me. it somehow represented all the previous years of weird-ministry-stuff that i didn’t even fully realize was so jacked up related to equality & justice & community.  it solidified my passion. it opened my eyes.  it expanded my heart.  it ignited my courage.

in february 2006 i lost my job and two months later, april of 2006, the refuge was born. we had no business planting a church so quickly after such a traumatic church experience, but i’m glad we were crazy enough to do it and God is creative enough to work in the midst of it because who knows where i’d be now if we hadn’t.

the refuge has been one of the hardest, wildest, most beautiful and most uncomfortable things i have ever done. but it has been a really good school to learn stuff i need to keep learning and i’m so grateful for it.

1. i would have been more clear on what i could and couldn’t do.  at the beginning, i got consumed and my boundaries sucked. i would come home late, miss important kid events, be afraid to step out of a meeting to take a call from jose, and a host of other things that were all centered on fear and performance.  i was too afraid to say what i could and couldn’t do and it took its toll those first few years. it’s still hard for me but i’m getting much better at it.

2.  i would respected the toll stress took on my body. i worked so hard for so long without paying attention to the stress on my body that i ended up breaking down. in 2010 i had to have back surgery because a disc blew out so bad that i couldn’t sit for almost 3 months. since then, i am learning to tune into my back when says “warning, warning” when i’m not taking good care of myself.  because now i am forever stuck with this reality, i sure wish i had listened sooner.

3. i would have taken myself a lot less seriously. this is always my parenting advice, too, and something i struggle with in general.  it’s easy to take ourselves too freaking seriously and miss out on so much good.  the intensity, the excellence, the trying-hard-to-do-it-right stuff really takes its toll.  lightening up has been one of the greatest gifts of the past few years.

what’s kept me from drowning:

1. companions in the mess.  i have had the best friends for this journey.  faithful and true men and women who love me no matter what.  i would sink without them!

2. other strong women leaders. coming from an evangelical background where women on the whole aren’t lead pastors, i had a really hard time stepping into this role without shame. early on, i met some amazing women leading churches, and their example and friendship was and is sustaining.

3.  brothers, true brothers.  having men in my life as friends, brothers, and partners has been incredibly healing.  i am grateful for their encouragement & friendship & faithfulness to me through the years.  we really need each other.

4. honesty.  one of the hardest parts of the refuge has been the raw honesty & vulnerability that it requires but it’s also been one of the best parts.

5. learning how to get angry in healthier ways.  this skill has been one of the most helpful in my life and still one of the hardest for me, but  it’s a key to becoming a healthier person and leader.

5. christians for biblical equality.  at the beginning of the refuge and with all the noise in my head from my previous church experience, i needed to know i/we weren’t totally crazy.  CBE’s resources were so encouraging and have continued to be a place i can point people.

6. dreams of “what could be” – honestly, without the sustaining belief that Jesus said we were meant to create a little taste of heaven on earth here, now, there’s no way i’d still be here.

7. laughter. laughter has made all the difference. life here is definitely a dramedy & if we didn’t laugh as much as we do, i’d be toast.

8. the serenity prayer – what i can change, what i can’t, accepting the world as it is, not as i would have it, and one day at a time, one moment at a time–these are the reminders i always need.

i like celebrating anniversaries because they help to remember where we’ve been and where we’re going, to honor the good, the bad, the beautiful, the ugly.

this was never the path i expected or planned but i am ever-grateful for the amazing people, stories, the hope, the healing, the gifts of the past 10 years. they’ve changed me forever.